“Those who have wrestled through spiritual matters learn that the dichotomy of light and dark, peace and pain are in actuality intimately connected. One can not survive without the other.” – Richard Rohr

This is a story of relationship.

A relationship between medium and artist. Expression and emotion. Quest and discovery. Individual and collaborator. Ownership and stewardship.

You can not be indifferent when encountering the musical mosaic that is Cloud Cult. Craig Minowa’s songs have always had the innate ability to create mystery. The work offers up harrowing emotions in search of meaning and understanding all painted in poetic verse that imprints images on your soul. Cloud Cult’s albums are a quest whose destination is the journey, with a hope that peace and depth would be discovered along the way.

Recently Craig created a profoundly personal album titled The Seeker. In his albums, he sees a story hidden in the depths, connecting the individual pieces together to transcend into an experience. A story that takes you on a journey of awakening and searching.  And for the concept of this music to be complete, this album needed to also be visual.

Craig sought out the band’s musical engineer Jeff Johnson, founder of Motion 117 Productions, to turn this latest work in a feature film. Not just an album anymore, but words and pictures, rhythms and symbolism, visual and experiential, a personal exploration in a collaborative effort.

It is this relationship that peaked our interest in this story. Gatherhaus has a long time love of unique relationships and projects that re-defy tradition and push boundaries to think outside the proverbial box.

Craig was the composer and story writer for this film, with Jeff leading the helm as director. They also brought on board contributor Chad Amour of Humdinger Pictures as co-director of photography and screenwriter and Josh Radnor as executive producer.

According to these men, collaboration is the process of receiving gifts and offering them back. It’s not even give and take, but rather give and share. And that’s truly what it was, a journey of collaboration and stewardship. Together these men approached the film ready to receive ideas rather than being forced to produce something specific. It left them open to the process, to let the voice of the project lead them. As Craig shared his heart, it gave allowance for Jeff and Chad to do the same.

This kind of openness, honesty, and humbleness is what drove the project. Even as the one whose heart harbored the music from the beginning, Craig is quick to say he is but the steward of the gift, not the owner.

When you listen to the album, and watch the film, (which you absolutely must do both), you will experience this difference of approach. The music envelops you to your core and shatters your heart into a million tiny pieces while simultaneously somehow pulling you back together. The film captures that emotion, and gives voice to all the feelings you dared not explore before. You get swept up in the story and the music, never noticing that no one has said a word. I believe it speaks deeply to us because it has been our soundtrack all along.

At the Minneapolis premier, the theater was packed in a sold out show. 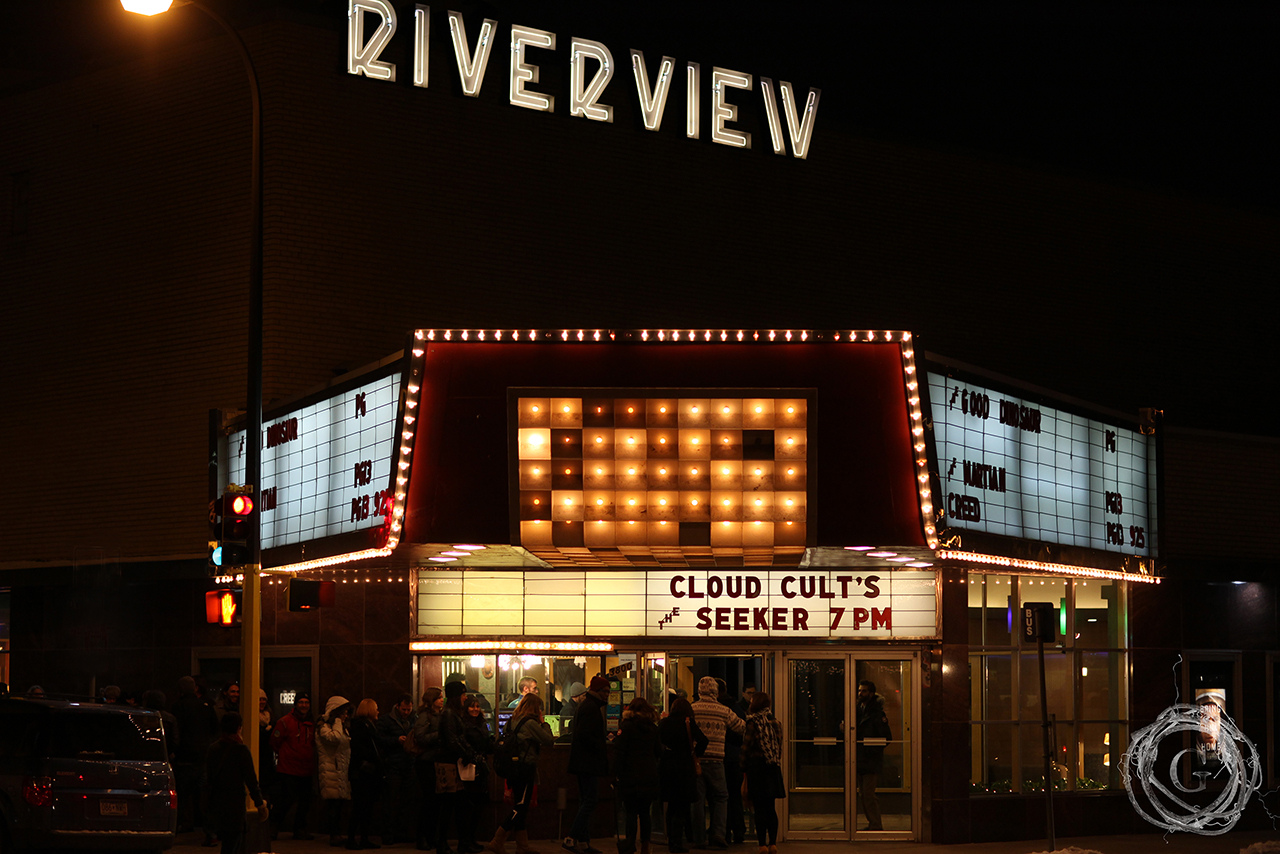 The hundreds in attendance sat captivated, experiencing this work. When the film ended there was silence, except for a few who couldn’t hold back their tears. Then applause broke out as collectively we knew we had encountered a spiritual moment and were moved to acknowledge it.

So many facets to the music, the art, and the creative process. The lyrics are multidimensional, the film is visually breathtaking, and there is symbolism in every aspect. The project is hypnotic and moving, the men behind the project are unique, and open and humble. They are also passionate, insightful, thoughtful and gifted. I think of it as the diamond effect, every time you gaze on the jewel, you see a different side, a new reflection, a glimmer of light. 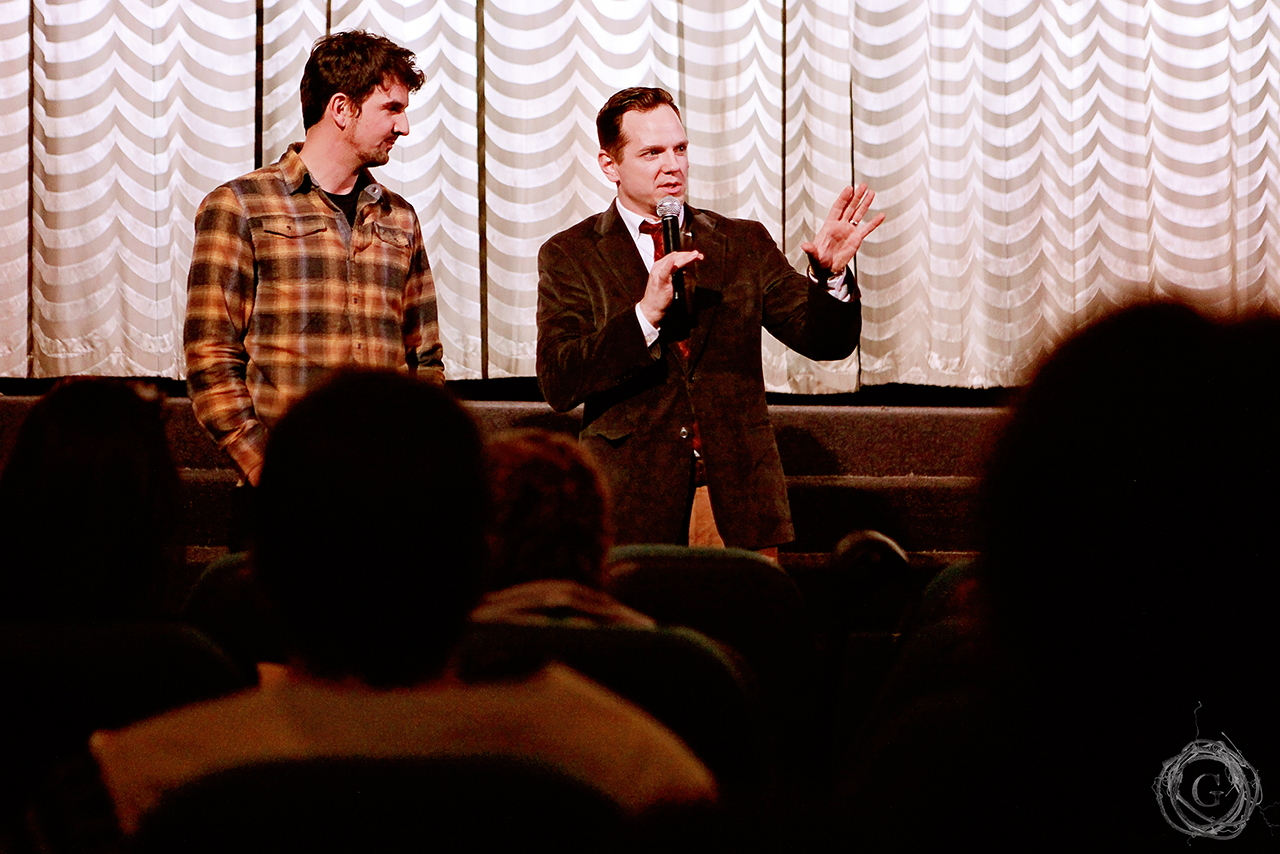 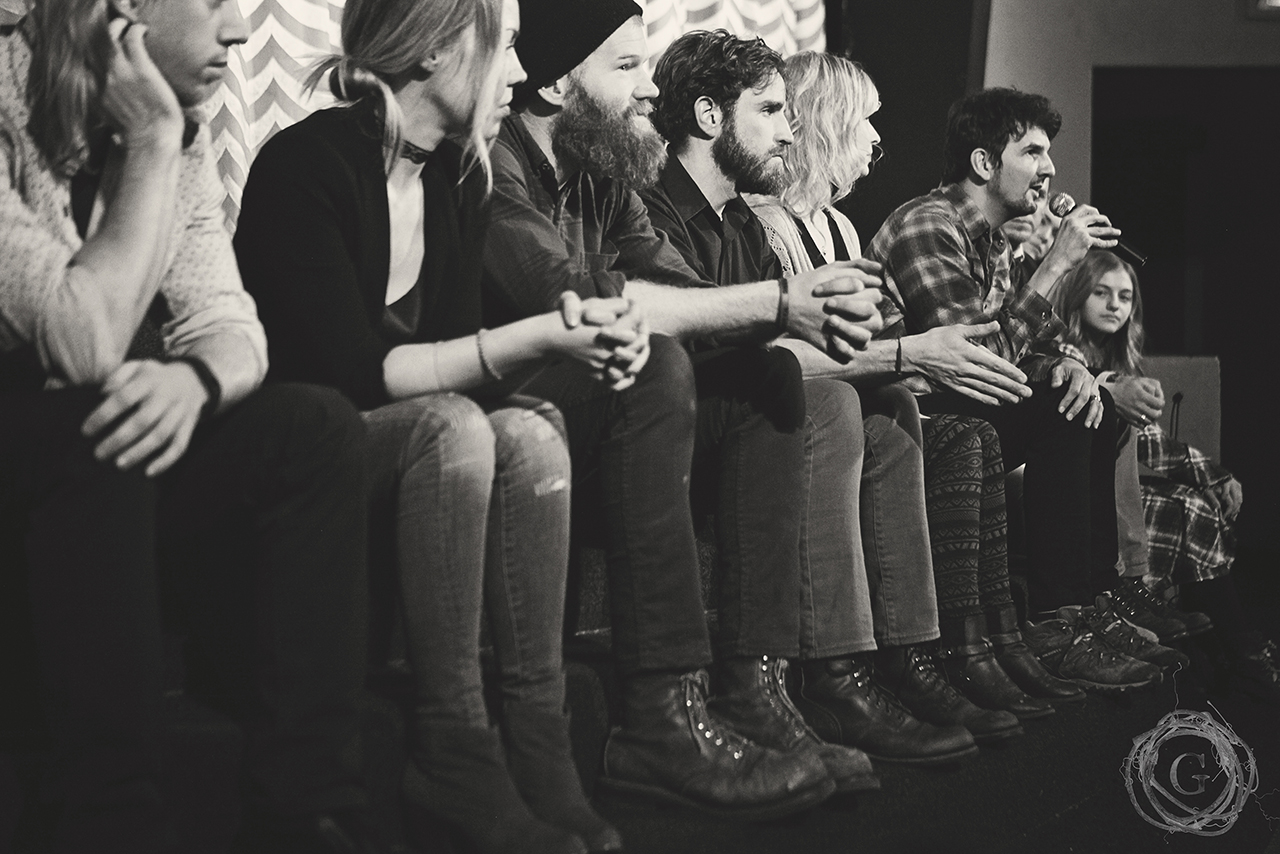 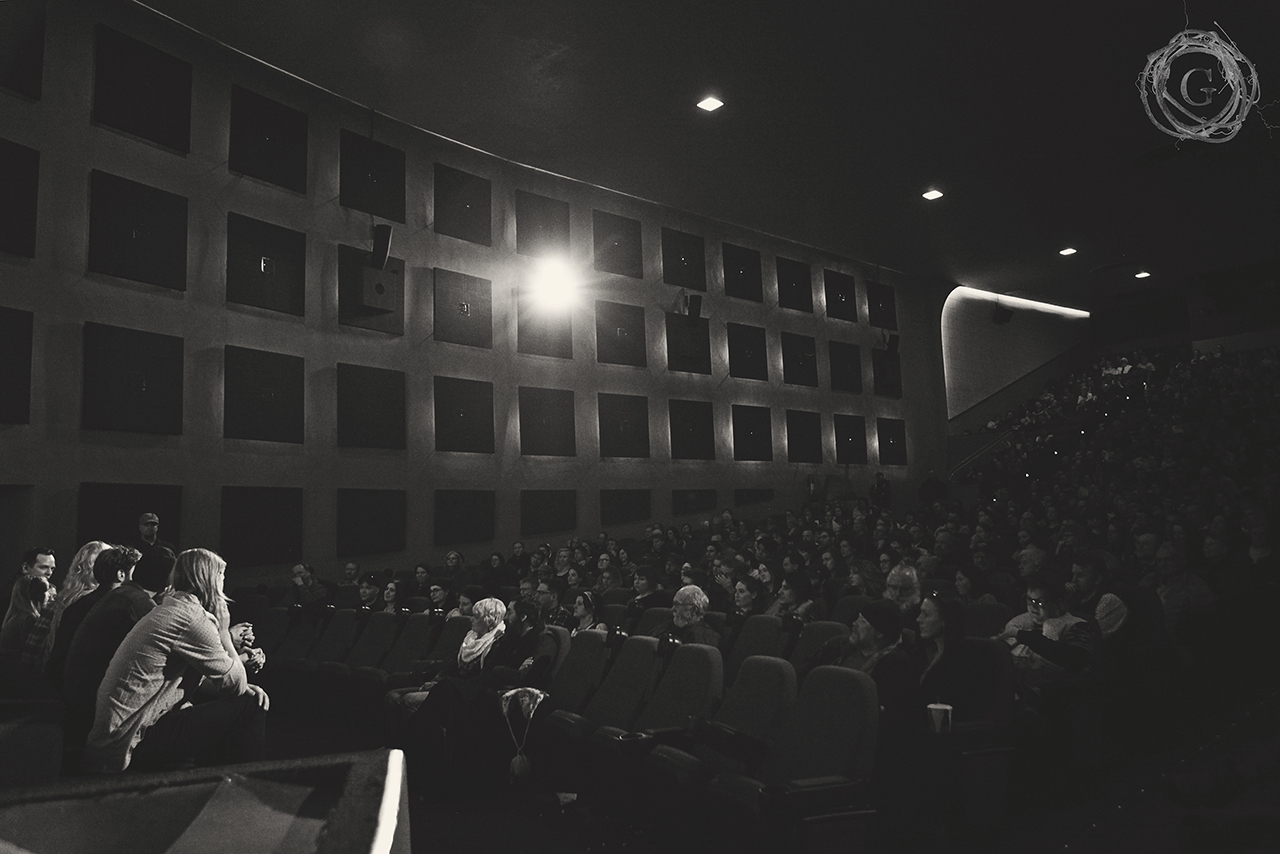 If we do not transform our pain, we will most assuredly transmit it. If we cannot find a way to make our wounds into sacred wounds, we invariably give up on life and humanity. – Richard Rohr

Thank you so much to Craig, Jeff, and Chad who took time out of their busy schedule to sit down with Katrina and I to chat a little about life, this project, and the process of creating The Seeker, the album and the film. It was such an honor to hear your heart behind your work. It was inspiring and had me reflecting on my own work and creativity as I process it through the lens of stewardship. 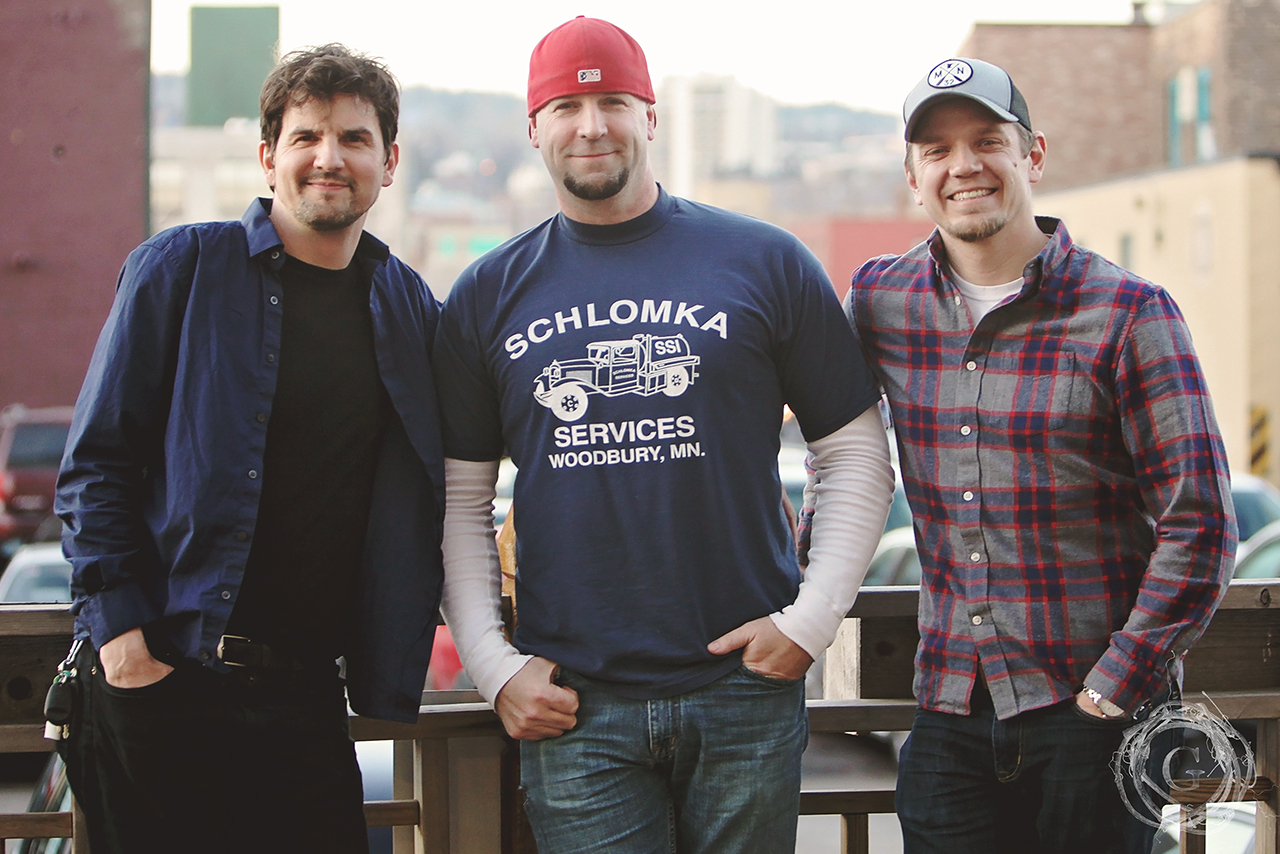 Cloud Cult is a local favorite flavor here in the Twin Cities, Duluth and Viroqua WI.  Their music has been acclaimed by New York Times, Rolling Stone, and the Denver Post. The band themselves step outside of convention and are also deeply committed to environmental preservation from their organic farm, to creating their own green record label, Earthology Records and putting sun panels on their van when they tour. The band, the music and the Cloud Cult experience is one of the spiritual kind, and if you haven’t listened to their music yet, you are missing out on a treasure.

The Seeker is being premiered in multiple cities across the U.S. including the Twin Cities, Chicago, New York, and Portland. It is also being showcased in multiple film festivals. The Sarasota Film Festival has deemed it “One of the must see films of the festival.”

Jeff Johnson is the founder of Motion 117 Productions which has also captured Cloud Cults’ Stories from the road series. Motion 117 is built on integrity, intuitiveness, quality and relationships. The company echos the heart of its owner, always striving for authenticity and vulnerability in the connections made with clients and the work that comes from that process.

Chad Amour is the owner of Humdinger Pictures, a production company that is responsible for an eclectic array of commercial and documentary work. Chad was brought into this project as a creative assistant of photography because of his internal desire to create beautiful images and his deep soulful attention he gives to imagery. This is evident in his photography and film work.