This past year Minneapolis found itself at ground zero in facing Police Brutality after the killing of George Floyd by ex Minneapolis police officer Derek Chauvin.

This past year we have heard the chants, the calls, and the songs billowing out for justice. We have experienced the marches, the rallies, the protests begging the world to pay attention, advocating for change. It has been a year of extreme struggle and pain on top of decades of dismissiveness and abuse to arrive at this very critical verdict.

Here in Minneapolis it feels as if the distrust between police and community grows impossibly wider every day leaving many to wonder if the chasm can ever be bridged.

Derek Chauvin is the first white police officer to be convicted of killing a Black man in Minnesota history. When the world heard that the jury had come to a decision quicker than many folks anticipated, the city mobilized faster than anything I can recall in recent history. Every business, school, and organization sent folks home because while the rest of the world was watching, Minneapolis was feeling the crushing weight of the unknown verdict. 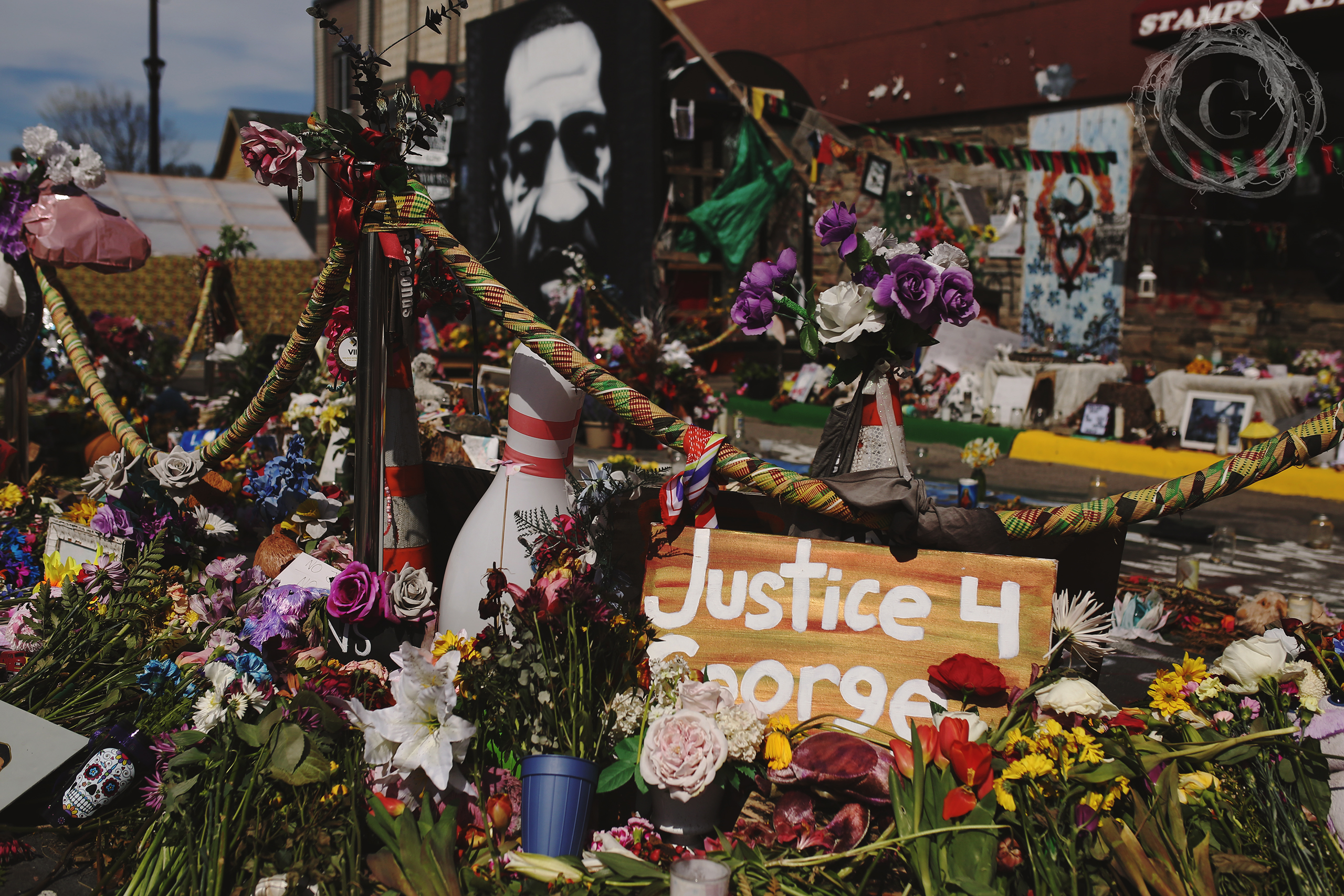 Collectively we had been holding our breath for almost a year. Struggling to breathe and finding it difficult to pay attention to the everyday happenings of life.

The weighing and measuring of our city’s character was on display. This decision would reveal the moral direction of who we could become. And if you were in Minneapolis waiting for the verdict, then you know just how heavy and intense the trial, the military occupation, and waiting for the verdict felt. It was a palpable thumping pulse moving through the bodies in the city. This intense energy physically changed with the words, “Guilty. Guilty. Guilty.”

Minneapolis breathed for the first time in a year. The tears of thousands washing the wounds of those most inflicted. In the moment before the verdict was read, all I could think was, “This will decide what kind of world we live in. What kind of world we are going to be.” 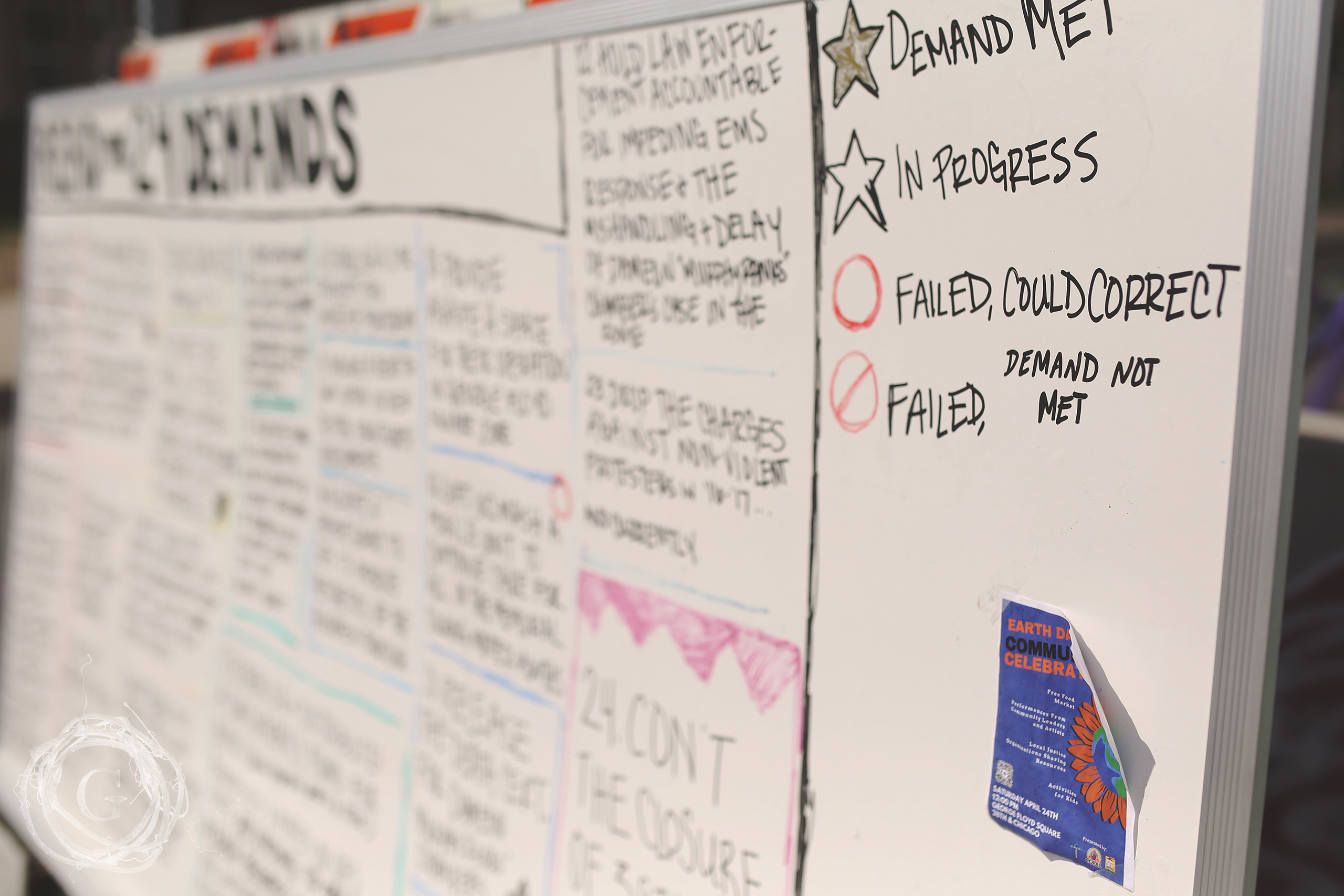 Accountability feels good after years of bearing witness to an unbalanced system. But what does justice look like and are we headed in the right direction?

Many can argue what justice looks like, and while we work towards systems that are equitable for all people, we must never miss an opportunity to begin healing from the collective harm done.

In South Minneapolis, in George Floyd Square, the community comes together to preserve a memorial. The square is shut down to traffic, guarded by sentinels who are dedicated to keep this space one of healing and expression. 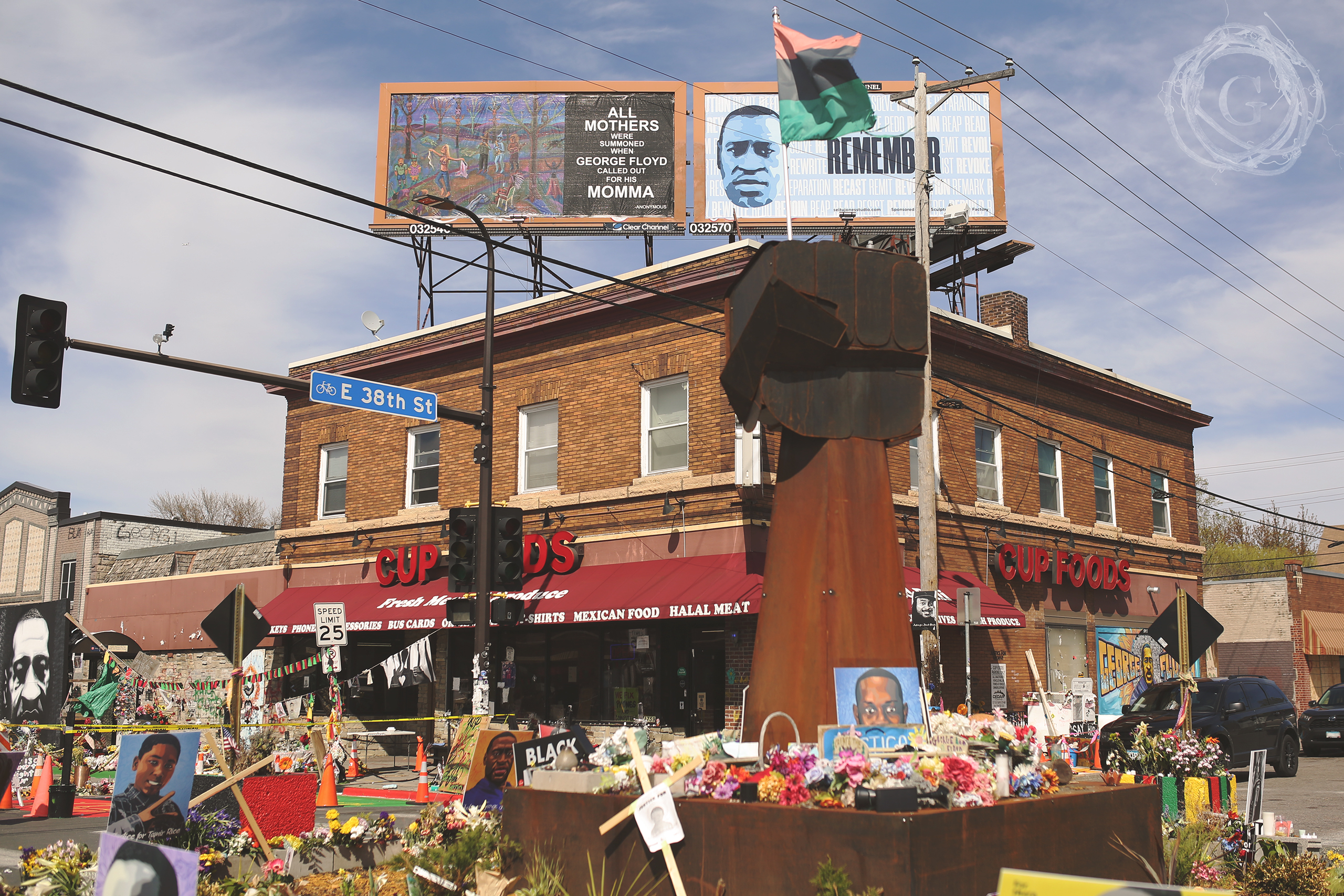 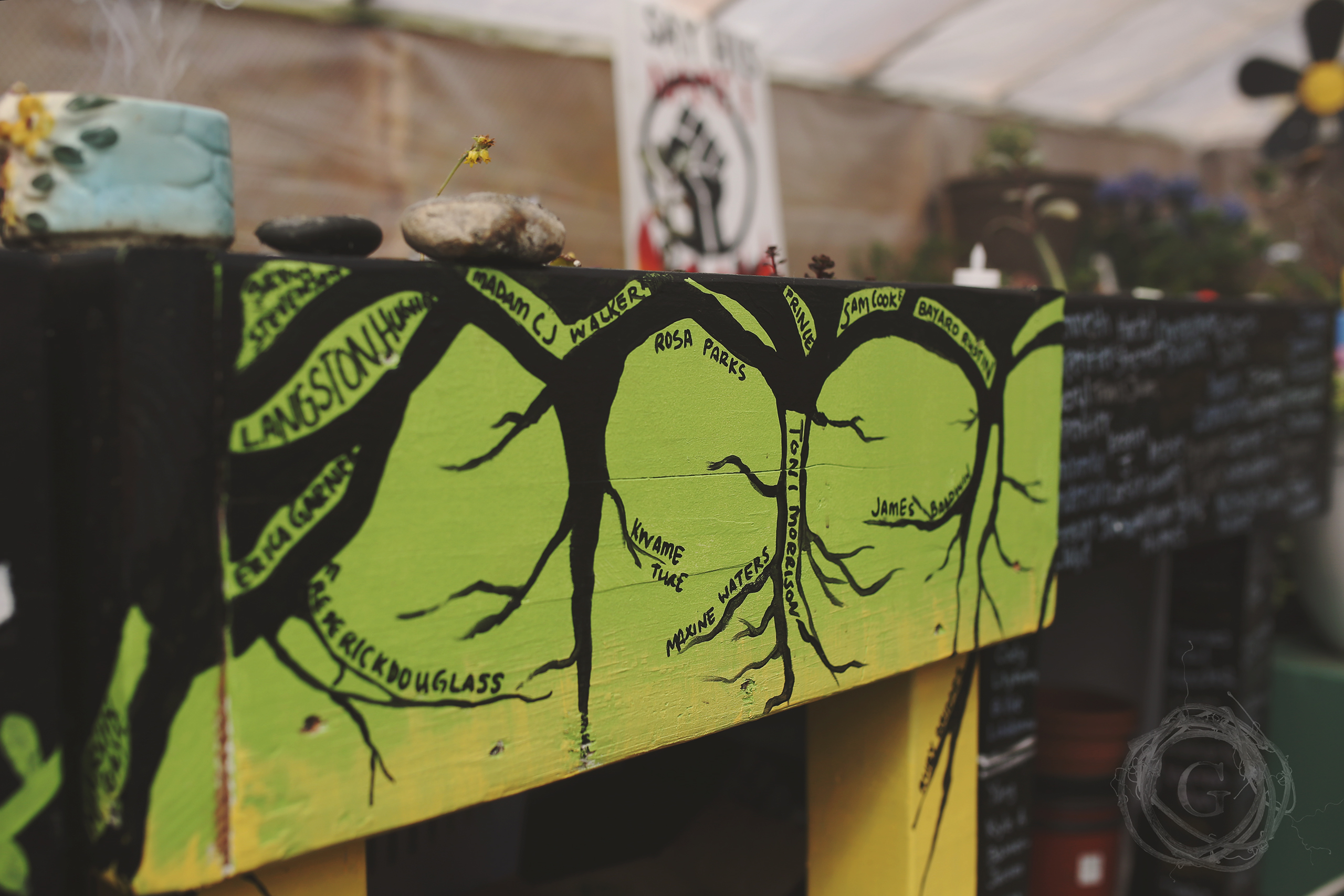 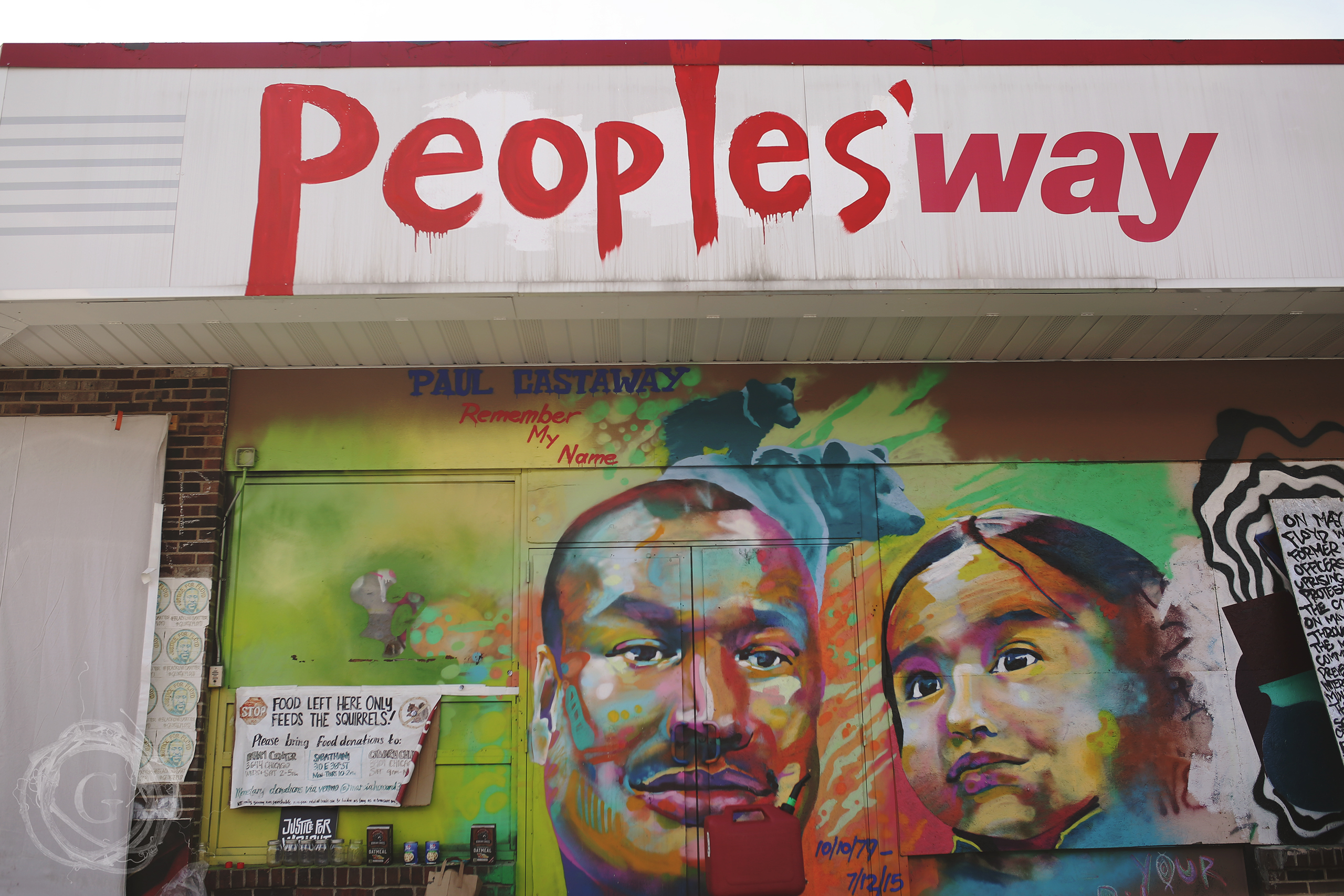 When we walked down the streets, there was purpose, organization, dedications, schedules, events, and an overall sense of belonging. Belonging to a movement. Belonging to each other. Belonging to the journey.

You know that community healing is at the center of the work because there are resources for all their needs. Books. Food. Security. A bonfire. Access to the business. Vegetables. Providing food and growing gardens. There are memorials to remember, and dedicated spaces that speak to life.

The movement for healing is growing and we are so desperately in need of it. Healing is being birthed out of George Floyd Square, growing in rallies and organizing grassroots movements. Healing is at the center of imagining a world where safety means ALL people are safe.