Megan and Jeremy took a chance on a passion and dream, and with hard work,
they made that dream a reality.

There is something inherently moving when we get to witness someone push through what might be expected and fight for a dream instead. My own spirit starts stirring when I listen to how a person, in this case a couple, does the hard work of choosing what isn’t the easiest, but the right way to live their life.  Megan and Jeremy’s website states the following:

“Soul Food is a term commonly used to refer to African American food primarily from the Southeastern states, but for many “soul food” evokes something more: it is a food that is almost indescribably comforting, makes the most of often humble ingredients, and refuses to waste anything. It was while pondering those aspects of Soul Food that Megan and Jeremy stumbled upon the name “Viking Soul Food” for a place that specializes in Scandinavian inspired dishes that adhere to some of the very same principles that make American Soul Food so appealing and timeless.” 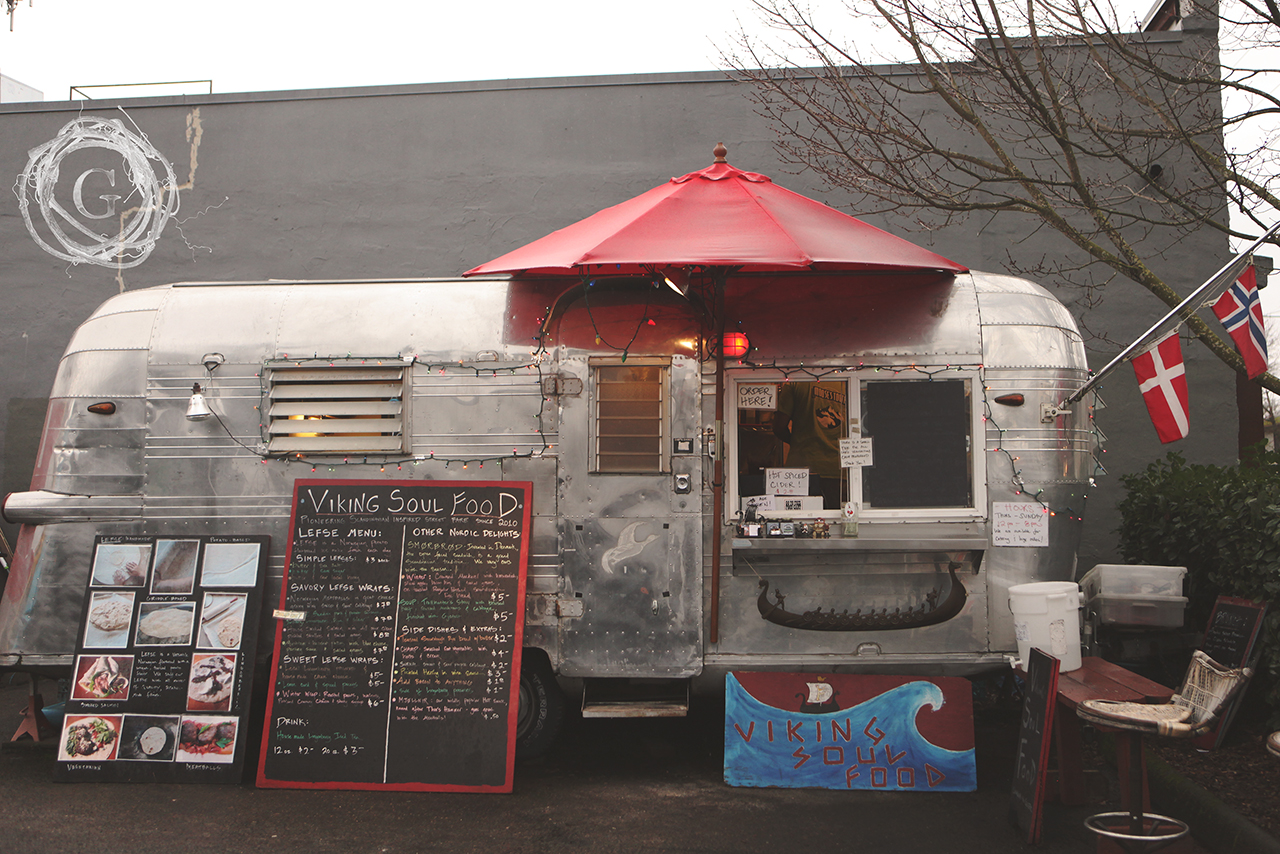 Megan was born and grew up in Portland. After exploring the world in such places as Antarctica and New Zealand she moved back, while Jeremy moved up to Portland from Hawaii in 1994. Years later, after they met and were getting to know each other and their families, Jeremy fell in love with Megan’s Norwegian roots and cooking. Norwegian potato lefse stood out above all else, especially slathered in butter and sugar.

In 2010 they realized they had a “unique and versatile concept” on their hands of turning this specialized fare into street food. So with love and passion and a commitment to hard work, they purchased a 52 year old Streamline Duchess aluminum silver trailer, named her Gudrun,  (it means “she who knows the secrets of battle), and opened Viking Soul Food. The couple describes their specialty is “lefse and Scandinavian inspired dishes, taking a somewhat irreverent approach to tradition, while maintaining the utmost reverence for the ingredients they prepare.”

Their food truck has catered weddings, events, and many Norwegian Christmases.  Jeremy commented that once people knew their business existed, the Norwegians of Portland came out of the woodwork.  After NPR did a story on Megan’s family and mentioned the food truck, the couple was making lefse every waking hour for weeks on end and shipping nationally. 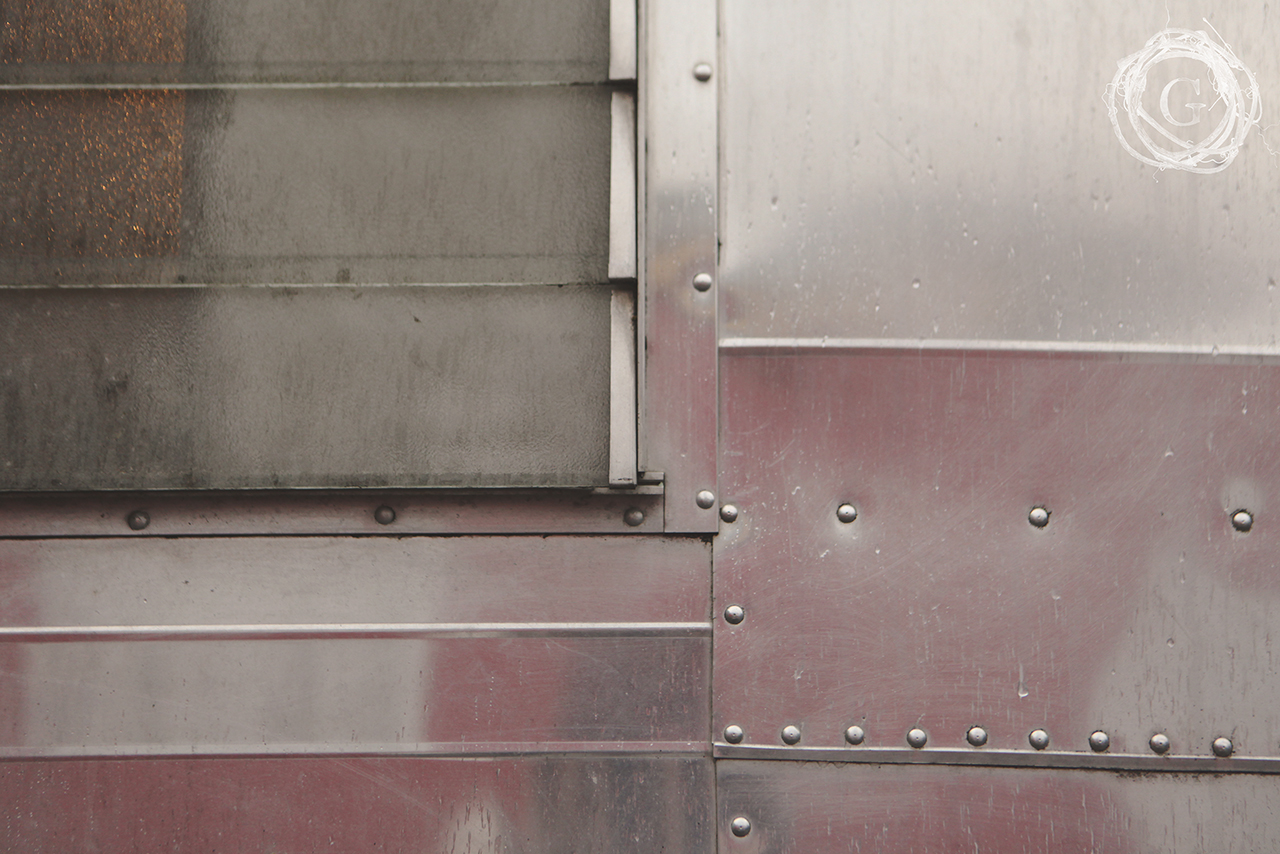 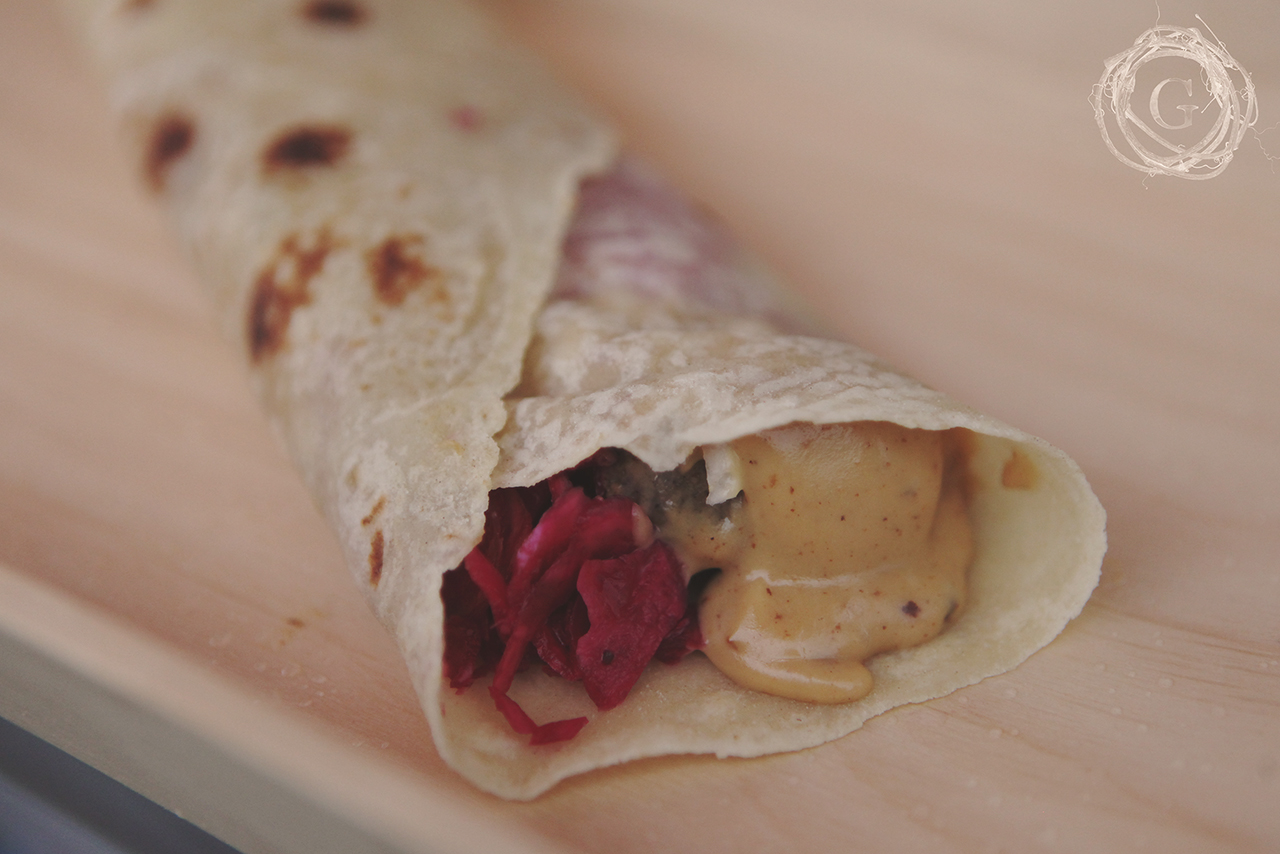 I was already infatuated with this most adorable couple,  but I wanted to know what inspired their food choices. Their passion and dedication is fueled by wanting to provide good quality food to good people in hopes of becoming a part of fostering a healthy and lively community that they long to be apart of and desire to create.

It was fun to talk about their job and the in’s and out’s of the reality matching up with their dream. That’s when I learned that Megan loves the numbers and getting into the nitty gritty of the business, where Jeremy absolutely LOVES being creative and hands-on with the food.  Even where they are divided on certain responsibilities, they consult each other when it comes to new specials/techniques they’d like to apply. They did confess to the aching reality that even when you choose to become a cook or a chef you don’t necessarily realize that you will spend years of your life doing dishes.

At the end of our interview, I asked them these two questions:

If you could pass along one piece of advice for those who want to be self employed, what would it be?

We have found that running a business based on something you truly love is like raising a child. It will be constantly in your heart and mind, it will grow and change in ways you never expect, and you must be prepared to make great sacrifices in order to see it thrive. If you aren’t prepared to give that much, you may be happier working for others.

What is your favorite thing you serve?

Even after a near 5 years in business, Jeremy still can’t resist having the Norwegian meatball wrap.  He eats it at least 3 times a week!  It’s pork and beef meatballs, simply seasoned, buddied up with a caramelized goat cheese gravy and some crisp sweet and sour pickled cabbage.  Jeremy’s also kind of a sentimentalist, so he likes to pay homage to Megan’s Norwegian roots by consuming the dish that was the original inspiration for Viking Soul Food. 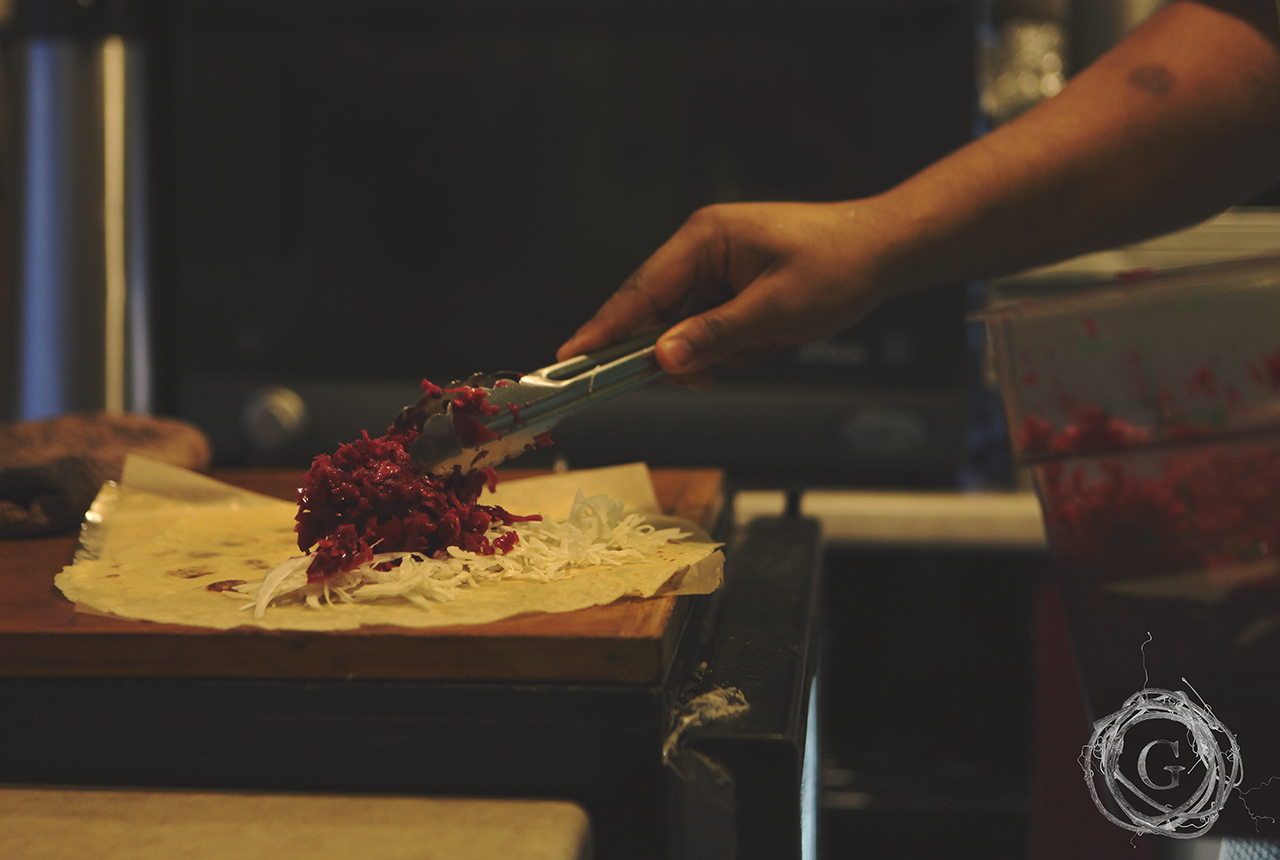 To catch more of Jeremy and Megan’s adventures and passion for quality food, make sure to follow their blog at http://www.vikingsoulfood.com/#home.

Thank you both so much for allowing us into your life on wheels and catching a glimpse of your heart. Make sure to check them out next time you are in the Portland area!